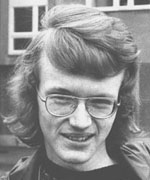 1970's - a late hippie, graduated by accident and ready to become a working class hero. 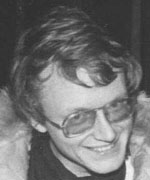 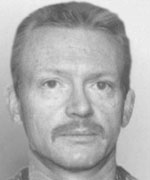 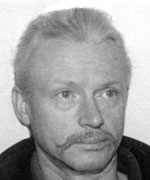 2001 - credit card photo. The magnetic strip makes sure I am the one. 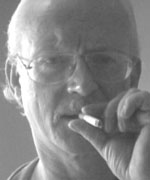 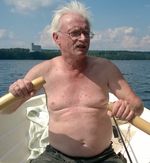 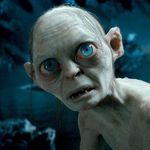 Sixty years in sun and shade

Born in Oslo 22th of November 1955, five minutes to midnight, it makes me a real bordercase between Scorpion and Sagittarius and thus maybe slightly scizo. I can hardly remember anything at all from my first six years, because the capitol of Norway is mean as Hell, and I've most probably supressed it all. I still want that city to burn and rot.


Fortunately I grew up further in rural areas, with the forest next to my shoulder and lakes and rivers within just a short distance. This implanted a deep devotion to the nature and wildlife in my mind, and fixed it, though I've been mostly urban during my mature life.

At the age of ten they said I was a wonderboy. Late teenages I was barely mediocer, and at the age of thirty I was regarded a dip. Approaching the fifties I was still a sucker, but I'd learned to take advantage of it. And I'm glad I never made a career, cause it would probably have taken the very best of me.

Maybe I carry the burden of too many possibilities without having any particular skill. This has brought me to several kinds of nourishment, but never given me a real occupation or profession. As a sixth-former I headed for studying Marine Biology as well as I started - and completed - a course in Commercial Art, Illustration and Design. I still keep myself updated in natural science, but it never brought me a dime. I'm still doing graphical design and illustrations, but I'm lousy in marketing, and thus I've never been able to make it a living.


I graduated more or less by accident, and dropped out of my academical career without ever have been sorry. As a matter of fact I don't regret too much at all ...you can't win'em all, and you can't get it back... I was fed up with rigid scholar systems, stupid subjects and harsh teachers, and wanted the freedom a salary gives you. So I dumped into rigid working schedules, stupid quality systems and harsh foremen instead. New skin for the old ceremony.

Now you probably think I'm a stubborn, ungrateful and arbitrary bastard. You're right. I belong to those who frankly maintain individual rights, asserting that the community should be adjusted to fit the people and not the opposite. This is my one and only political statement and engagement, and I don't take any discussion. I've been paying high taxes for more than 30 years after all, I'm fighting with my health to keep on giving my share to the community for another 20, and I feel myself entitled to being paid attention to.


Yup, I've been doing quite a lot of strange things, and I know people in any walk of life. I've been an industrial worker, making window panes and wallboards for years. I've been working as a barkeeper, guard, painter, carpenter, lumberjack ... a typical utility man, very often for free, and that's why I don't list my phone number: being kind gives you good conscience but still bad digestion. You can't eat your reputation. For the last 30 years I've been stuck mostly with graphical business, as a newspaper printer, packaging printer, reprotechnician, printing ink specialist, Mac operator ... all this widespread experience brought me to Egypt as a printing supervisor, cause they didn't look for certificates, only results.

That's where "Khawaga" comes from. In the Egyption lingo of Arabic it means not directly "stranger", but more politely "not from this area". Some kids at the beach of the Suez Channel hollered this at me for fun and curiousity, and since absolutely no arab were ever able to pronounce my name without making me laugh my head off, I changed it. Stupid enough I told people about it, and they bloody put the nickname on me here, too. But maybe they're right. Maybe I AM khawaga wherever I go.

Well, THAT adventure collapsed in a quarrel for inadequate reasons. Egyptian people are very hospitable, and I made more real friends through these years than I ever did before, and being a person without religious convictions I faced very few contradictions living among them. But I was never able to aquire the very special attitude that pervades their business matters. In addition, I was hit my a minor stroke. I gave in, and left for my native country to freeze my bones instead of getting them bleeched by the desert sun.


Now approaching the age of fifty, I tried to put myself back to school for another year to get those darned certificates they fuss about. Heading for system engineer, web designer or both. But auditoriums gave me blackouts and my mind was lagged from the stroke. I started up business of my own. I had no choice: nobody's willing to support me ... nobody walks my footprints, nobody walks beside me and nobody walks ahead. It may sound a bit lonely, and sometimes it is, but it gives me pretty much freedom.

I got involved with a small serigrafical printing house, extended their activity and offers and worked 25 hours a day to keep it going on. It failed in the end because of my partners' greed. I left in anger, went back to my home office to survive. Then I caught the lymphoma. Certainly it was from all the chemistry I'd been dealing with for decades. I survived merely in defiance and due to the best doctors and nurses on earth. But the aftermath was severe. It disabled me by callousness in arms and legs, and put me on security.

I got fed up with a cold and cruel town. I moved up to the rural northern part of the county to lower living costs, get closer to friends and get lakes, rivers and forests around me again. It's like closing the circle, waiting for the man coming around for the harvest.


That's it, folks. A summary, a digest of a bewildered wonderboy's drifting through an unpredictable future, taking whatever came in his way, growing old and bitter ... no, no, just kidding. I spend my days reading, writing, playing, making food and serving my cat. What else should I do? If you still've got some breath, you can read a bit more about me by simply scrolling down the list of lyrics. Each and every one of the songs means something special to me after all. Unfortunately I didn't write them all; only a few. Mail me from HERE if you want. Bless you and have a nice time! 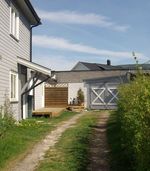 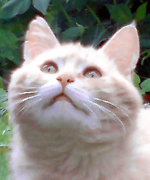 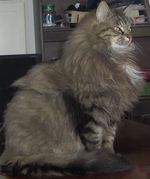 In memory of my darling companion Inger, a victim of cancer at the age of only 42.
ALBUM INDEXSITE INDEX